This project consisted of four distinctive aspects, including mahi toi – mural art, mahi māra – landscaping, a whare structure – a place to stand and belong to, pou whakaairo and pou māra – carvings.  The vision for the new entranceway drew on the kindergartens key values of ‘teaching from the heart with Whānau, Whanaungatanga, Manaakitanga and Ako’. Its design shows initiative by drawing the connection between their kindergarten and the wider community by the use of nga pou and the ‘talking poles’ around the CBD area. The kindergarten wanted parents to know that their children felt welcomed, safe and had a sense of belonging, and this has been delivered by a new entrance adjoining space, authentic to their identity, and embodying the commitment they have to Te Tiriti o Waitangi.

Central Kids David Henry would like to acknowledge the One Foundation, Grassroots Trust, The South Waikato District Council, NZ Lotteries, and to all those that fundraised. Without their support, the project would not have been able to happen.

Each aspect has taken form from the contributions of ngā tamariki. In particular, those who had invested interests in the project were whanau past and present, the teaching team and colleagues, local Raukawa representatives & kaumātua, Ruthana Begbie, who has been their number one supporter from the beginning, along with Kaumātua Te Hapuku, and tohunga whakaairo (Master Carver) Lionel Matenga, amidst other contractors offering their expertise.

Chief Executive Donovan Clarke says “This is a fantastic occasion for Central Kids and the David Henry Kindergarten team. Ka mau te wehi.  We are very proud of what they have achieved and how the community has really supported the project.   I want to mihi to all our supporters, whanau and parents who have made this kaupapa so special. He mahi rangatira tenei mo nga tamariki”.

David Henry Kindergarten staff are looking forward to putting it all together. They said it has been worth everything they have put into it, because they teach from the heart and are dedicated to their Central Kids Vision – ‘Children being central to all they do’. 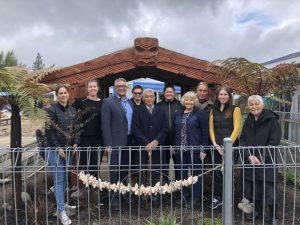 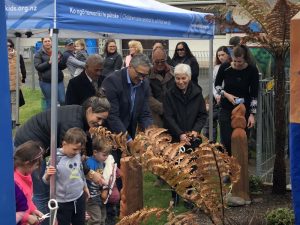 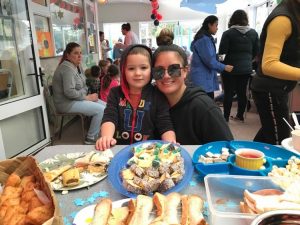 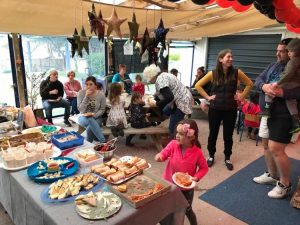 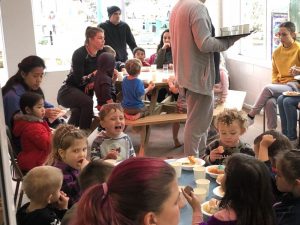