The Dalton’s Sunflower’s in Kindergarten’s ‘Late Bloomers Awards’ ran from Monday, 16th December 2019 to Monday, 10th February 2020 in recognition of those kindergartens whose sunflowers may have been affected by the weather or weren’t in bloom in December when the main Sunflower Project winners were announced.

Daltons General Manager, Colin Parker, says; “We know the weather doesn’t always play the game. The Late Bloomers Awards offer kindergartens who struggled, another chance to win and show off the sunflowers they have spent so much time and dedication growing.”

Central Kids Putauaki Kindergarten, Teacher, Reweti Elliott, says; “Our whanau is so happy to have won first equal place for the tallest sunflower late bloomer award.  The children have worked extremely hard over the last few months and we have all played a part in caring for our sunflowers, including our parents and grandparents.

“We are grateful for the opportunity to be a part of this project and our whanau would like to thank Daltons and everyone involved in such an awesome project for the tamariki.”

Central Kids Pūtauaki will receive a Daltons prize pack which includes a voucher for products they can use in their gardens; plus, a framed photo of their stunning flowers.

Sunflowers are super easy to grow at home too – here are Daltons top tips for success.

The Late Bloomers Awards are part of the 2019 Daltons Sunflowers in Kindergartens Project, now in its fifth year. The Project is designed to grow little gardeners through nurturing and caring for their own sunflowers.

The kindergartens received a free sunflower starter pack from Daltons containing everything they needed to get growing including Kings Seed Skyscraper sunflower seeds. Almost 250 kindergartens across eleven regions took part.

Teachers were supported throughout the project with regular newsletters full of information about sunflowers, learning sheets and fun activities. The children benefited by being exposed to basic math concepts, through measuring and recording their plant’s growth each week, which was integrated into their learning curriculum.

In December 2019, Daltons announced the regional winners who grew the Tallest Sunflower, and the Sunflower with the widest head in each region. Each kindergarten also named their Daltons Best Little Gardener. 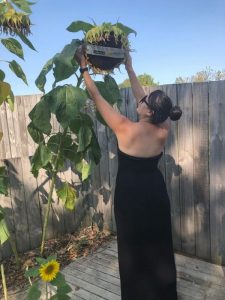